Last November, you might remember all the hoo-haa from RENEW ECONOMY and the Tasmanian conservative government about the island becoming 100% powered by renewable electricity. READ FULL ARTICLE HERE

Well, sorry to disillusion you once again, dear reader. Here is what our resident Tassie Climate Action warrior and author, Ben Marshall says – and it’s all to do with who wins in the end … the corporations in it for money do. As usual.

Ben knows about these thing. The splendid wilderness valley where he lives is under threat as well as many other parts of the island. The community there continue to fight against the corporations to protect this significant area.

CBC4CA editor: Ben, the Tassie government appears to be on the right path looking at Renewable Industries for the state. Is it all it’s cracked up to be?

Ben Marshall: I hate to break it to you but this information a/ isn’t true, and b/ is corporate-state PR to green-wash a corrupt state government doing nothing on climate change. A whole bunch of our power down here comes from Victorian coal-fired power generators because we buy it when it’s cheap.

RenewEconomy have some worthwhile journalism from time to time, but this piece is basically the Gutwein government’s latest PR release.

RE are also a renewables industry lobbyist and have a total conflict of interest in spruiking renewables ‘good news stories’.Long story short: Tas government doesn’t have a climate, energy or jobs policy.

They’re almost all climate science deniers who will rush to praise ‘transitioning’ for a bunch of reasons – winning votes, ‘helping corporate mates’, and also to position TasNetworks, the state-owned corporation who run our grid, so they not only plan the new grid but plan it in a way they most benefit commercially – ie the industrialisation of our farms and forests with transmission lines. ie a 19th century solution to a 21st century set of problems. The government here are still subsidising mining companies to look for coal and gas, for Pete’s sake.

Ben Marshall: I thought so, then I found out, nope, they ain’t. Because the government have no policies, and leave it to the market, the renewables down here are all designed to exploit our great wind resources to sell to Mainland buyers, with the profits going offshore to the mostly foreign corporate investors.

Tasmanians lose jobs in tourism, have vast swathes of forest full of threatened species mowed down for the 60-90 metre wide easements under the power lines, and which not only dry out our forests but increase the fire risk.

Corporations win, Tasmanians lose.There’s way more to this, but bottom line, when governments refuse to plan, and work solely for the benefit of the corporate-investor sector, ordinary people lose, not win.

CBC4CA editor: Sigh…. so, basically, we’re back to the usual slippery actions from wealthy fossil fuel corporations and right-wing governments who support them. Any final words, Ben?

Ben Marshall: The solutions to all our problems are all available and do-able – we need to force governments and media to stop working for the corporate sector and begin working for us.

Our little community in the Loongana Valley has had a bitterly hard 18 month education in how government works, and I’m now a reluctant expert in the corporate-state nexus.

All I can say, on a positive level, is keep pushing your local members toward open, transparent planning which benefits the wider community. This will get us what we really want – a genuine transition, lowered emissions, and also action on climate in all other sectors.

Power generation is regarded as the ‘low-hanging fruit’ of a transition from fossil fuels, but there is so much more to do even to get this ‘easy bit’ right.

Corrupt governments do not produce good outcomes, and I’m led to state that there are two kinds of people: those who know their governments are corrupt, and those who don’t.

FOLLOW UP on Ben’s community and their fight to oppose the unwarranted destruction of the Loongana Valley by government and private companies. S.O.L.V.E. … Supporting Our Loongana Valley Environment

We are creators and supporters of books for children and young adults.  Deep concern for the world’s children facing a future on a heating planet is the catalyst of our protest.
There is no PLANet B 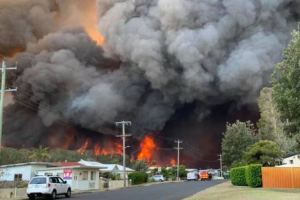 Credit: Kelly-ann Oosterbeek
© 2020 All rights reserved on this site

Hope and her bear-y friendly companions 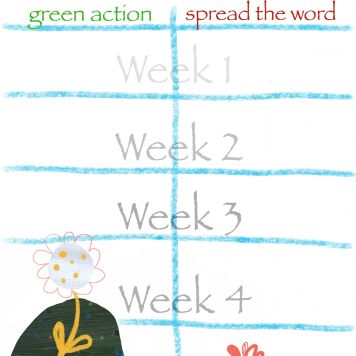 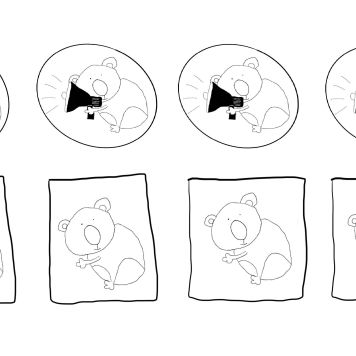 Find us on social media!